Showing posts from February 9, 2020
Show All 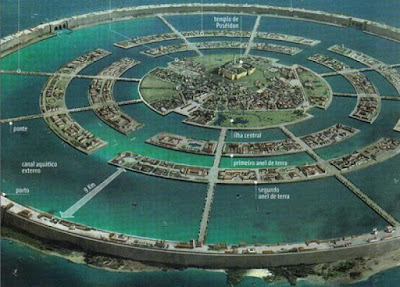 
An investigation into the time before 10,000 BC is unlikely to uncover much by way of archaeological proof of man on Earth, so, apparently, we are left to rely almost purely on scripture and modern science to give us a sense of what was. However, Biblical scripture has taken a 'bashing' in the past 200 years - mainly through the then evolutionary theory of Charles Darwin. Thankfully, there is evidence to show that the Bible can be understood differently if not taken in a literal manner, and particularly those versions of the Bible that have been translated into modern languages.
Further, the 19th c. publications by Helena Blavatsky and other members of the Theosophical Society gave rise to an alternative way of thinking about man's origins - and future.

And we also have what is contained in the Vedas - the Hindu scriptures that are more than scriptures: they combine both this world and 'other' world data, as was the practice in all anc…
Post a comment
Read more
More posts