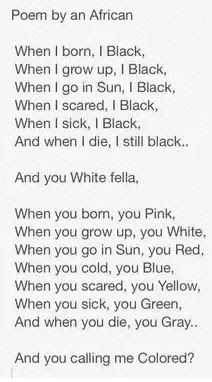 The quite unnecessary treatment and particularly the killing of George Floyd has opened up a lot of wounds, heightened - no doubt - by the frustrations resulting from the imposition of lockdown due to the virus.

And, of course, we in the UK are not without blame either. In fact, sometimes I wonder whether much has changed since I was a community worker in Brixton (London) in the 1970s, when the area was virtually a black ghetto, and where things sometimes got well out of hand. And in South Africa, Apartheid still ruled and it was the time of the Steve Biko affair - again a matter of a police force deciding that they had the right to determine whether a man lived or died.
While I was at Brixton, I worked v…
Post a comment
Read more
More posts