Becoming The Highest Expression Of Yourself 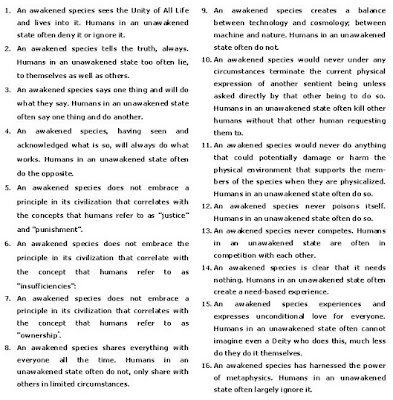 People will become fed up with worldliness. They will have had enough of it and will realise that there is no point in being the way they are, because it brings them no real joy.
The world is becoming weary, and there is no real joy unless we have turned around to seek reality. Strains and stresses are everywhere. If it's not Brexit that is causing chaos, then it's something else, and the "something else" includes topics that I would say are of greater magnitude in importance (such as climate change), yet they have been pushed onto the back burner.

If you were to ask me, I'd say that Brexit (though an issue that has to be dealt with at some point) has been nothing but a huge distraction from more real issues. And if the main and underlying issues had been addressed, the topic of values with emphasis on love, the Brexit matter may have simply died a death as people would have come to see more about reality and not be hijacked onto a wave of …
Post a comment
Read more
More posts