You Are Charged To Re-Charge! 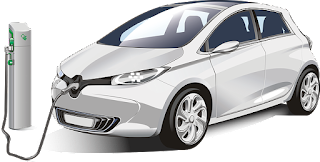 Well, it seems that the sale of electric cars has gone up quite a bit over the last year or two, but still not (of course) in huge numbers. At a price of at least £35,000 (and usually a lot more), they are out of the reach of most ordinary drivers. But the cost will come down over time.

Their introduction reminds me of a time -  when I was aged between 8 and 11 - when I accompanied my father in school holidays to his employers, a bakery company called Scribbans, for whom he was a roundsman. I'm sure that a child would these days not be allowed to do so - more the pity in my view. His delivery vehicle was usually an electric van (exactly like the Morrison vehicle depicted on the left (below)) and so part of his job was to plug in his vehicle at the end of the day, leaving it overnight to be re-charged.

So, I got to know about the re-charging of electric vehicles nearly 70 years ago. However, when Dad and I got to his employers' depot there were all manner of vehicles…
Post a comment
Read more
More posts